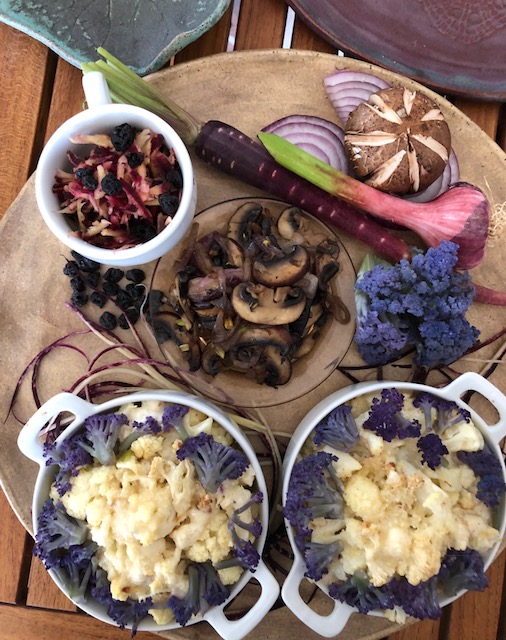 One of the world’s oldest cities existed in the Indus River Valley of India with a population of over 5 million. The city state was set inside a border of agriculture that provided nourishment to its citizens, a stable economy, a merchant class and an urbanized culture. Religion was based on nature. People, not land or possessions, were considered the strength of the society. It was this society that the healing system of Ayurveda took root. It is based on respect for the environment and that we have a responsibility to it.

Ayurvedic Medicine Sanskrit for “The knowledge of science of life” which is based on the integration of mind and body with nature was developed by wise sages that would gather at the foothills of the Himalayas to meditate on healing human diseases. It may be one of the first ant-inflammatory diets on record.  Aside from the use of powerful foods and their potential synergistic combinations for healing, it is a system of diet that incorporates a sense of nourishment that is received from the preparer. There is an awakening sense of fulfillment that comes from eating well.

A basic concept of Ayurvedic physiology is that toxins from waste taken in from our food and environment accumulate in the body and need to be expelled or they gather in our tissues. This is especially true today for the 21st Century urbanite who is exposed to all kinds of pollution and excessive consumption of foods that provide little to no nourishment.

Taste plays an important role in Ayurvedic nutrition. This is the first diet that I know of that emphasizes the affect of taste on digestion. Light tastes are easy to digest; sweet tastes are warming and profoundly satisfying giving a feeling of love and well being; sour tastes are stimulating to the brain and the digestive system; salty foods are stimulating to the adrenal glands and can mimic caffeine; bitter foods are great for overeating discomfort; astringent food is cleansing. Skillful combinations of foods with specific attributes and tastes can positively impact digestion and bodily strength.

An example of the Ayurvedic approach to diet for the modern city dweller would be to increase your stores of calcium especially for children. Taking in rich calcium foods will not only strengthen bones and nerves but will displace toxins such as lead, from our systems. Another simple example would be to add a little ginger or cardamom to your oatmeal, which will make it easier to digest and assimilate.

Other examples of Ayurvedic dietary guidelines for optimal digestion are:

There is so much that we can learn from our predecessors.

If we were to apply an Ayurvedic approach to eating in the 21st Century urban setting we would have to take into consideration the modern day stressors in our life The Ayurvedic philosophy is still the same, however the challenges have changed greatly, with the damages to our food supply brought on by climate change, inflation brought on by oil wars, the industrialization of agriculture, human greed and environmental pollution. For optimal health we must still eat organic food, sourced locally and free of chemicals and additives, food that has medicinal value for your particular constitution (or dosha as it is called in Ayurvedic medicine). But how can we do this? I believe that it is possible to reverse the trend of shrinking resources and face the coming food crisis by changing our approach to eating, one person at a time learning how to FACE the future of our food, food that is Flavorful, Affordable, Clean and Eco-conscious?

One fact remains, respect for Mother Nature is crucial to our survival.